EVENTS 123
At the faculties of the Azerbaijan State Agricultural University (ADAU), events were held to commemorate the 32nd anniversary of the tragedy of 20 January.

The first event was held with the participation of professors, lecturers and students of the faculties of agricultural economics and agribusiness of the university. The first was the commemoration of the Shehids on 20 January.

Speaking at the event Vice-rector for student affairs Aida Gasimova said that marking the 32nd anniversary of the events of 20th January, with fond memories of the dedication of their brave heroes, with great respect we honor their dear memory.

Professor Azad Bayramov, Head of Department of Social Sciences and Multiculturalism, spoke about the tragedies that befell our nation during the bloody events of January and the struggle for freedom of the Azerbaijani people. He said just after great leader Heydar Aliyev returned to power in Azerbaijan in 1993 political and legal assessment was given to tragedy of 20 January, this bloody and cruel slaughter committed against our nation. Teachers of the department Sabina Alizade, Chinara Safarova and students Murad Alishov, Nurlan Rustamov made speeches dedicated to the tragedy of January 20.

Speaking at the event with the participation of professors and students of the faculty, Associate Professor of the Department of Multiculturalism and Social Sciences Elgun Aslanov mentioned that at night from 19 to 20 January 1990 special punitive detachments of Soviet Army committed atrocities against the peaceful population of Baku, killed innocent people. He said that our people would never forget this tragedy, always honour the memory of our shehids. 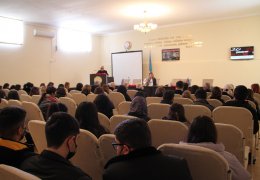 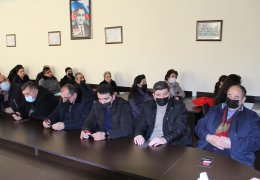 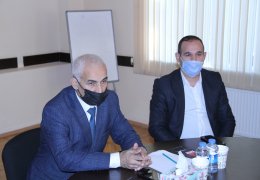 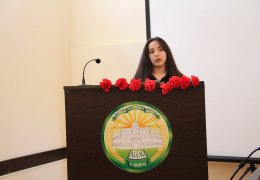 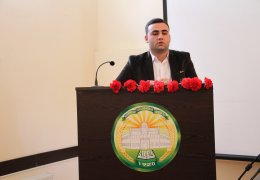 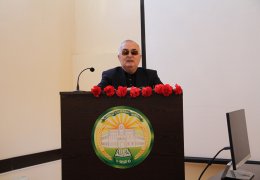